Welcome back.
It's Festival time again.

We are delighted to open and close this year's Festival with two cracking new British films. We welcome Timothy Spall to introduce the UK premiere of ‘The Last Bus’, a road movie with a difference. ‘The Duke’ is our closing gala, a glorious Ealing-type comedy starring Jim Broadbent and Helen Mirren, and we hope the director Roger Mitchell (‘Notting Hill’) will introduce his film. Other British films include ‘Censor’, ‘Minamata’, ‘Limbo’, ‘The Nest’ and the UK premiere of ‘The War Below’, an independent production about miners planting bombs in the trenches. Neil Monaghan will introduce his controversial political thriller ‘Election Night’.

The lion's share of the Festival goes to European Cinema, and I am particularly pleased to have imported eight major UK premieres via the Berlinale (online) Festival in February and September’s glorious Venice Festival all with physical screenings. Watch out for ‘Unidentified’ (Romania); ‘Code: Karim’ and ‘Fellinopolis’ (Italy); ‘Dawn of War’ (Estonia); Helene (Finland); Merkel (Germany); and three from France: ‘Django’, the mouth-watering ‘Delicieux’ about the first pre-revolutionary restaurant in France, and ‘The Rose Maker’. The strength of French films is reflected in a sub-strand of European Cinema ‘Vive la France' containing ten new films including from our partner the Institute Français’ with the superb ‘De Gaulle’, and the wickedly funny and politically incorrect ‘Simply Black’.

5 Films and a Talk

In our ‘Window on the World’ selection of ten films from the same number of countries, I would like to highlight ‘Knock Knock’, a film noir from China, the remarkable debut feature ‘The Badger’ - a thriller set in present-day Iran, ‘Souad’ from Egypt, and perhaps the most controversial film in the Festival, ‘New Order’ from Mexico, where a violent class struggle erupts during a lavish high society wedding - not for the squeamish!

Moving on to the specialized strands, in the ‘Black Directors Matter’ collection, we are particularly proud to be showing all of Steve McQueen's five ‘Small Axe’ TV masterpieces, with kind permission from the BBC - surely the greatest achievement of last year’s television. Also, part of this strand is the fantastic Harlem musical documentary, ‘Summer of Soul’. Our popular annual focus on Jazz 'All that Jazz!' presents a marvellous array of three live jazz gigs plus related documentaries with ‘An Evening with Spike Wells and his QOW trio’, ‘An Evening with Billie’, featuring sensational vocalist Vimala Rowe. Supporting the French film ‘Django’ will be the gypsy jazz duo ‘Balcon Manouche’ giving a 40-minute performance... and the perennial ‘Jazz on a Summers Day’ will be sneak previewed before its September release in a new 4k restoration.

Another regular Festival live event is bringing to life a classic gothic silent film, this year with the 1921 ‘The Golem’, a typically creepy German expressionist film being screened in a new venue for us - the Guildhall in Priory Park - bringing plenty of atmosphere. The piano wizardry of John Sweeney will enliven the event with his inventive accompaniment. This is one of the Special Events this year, with the other highlight being the Surprise Film - always a treat... and always a 'surprise'.

In the ‘disABILITY’ section, the eight unique films, both fiction and documentary, portray and explore different aspects of disability. Despite the serious subject matter, the films are positive, often uplifting and heart-warming, portrayed with grace, dignity and humour. As can be seen with the recent ‘The Father’ and ‘Supernova’, these subjects are now embraced into the mainstream.

Independent Cinema has always been a core element of our Festival: it is here that you discover the talent of the future film makers. With over 30 films, this is a wonderful showcase for undiscovered world talent. All five entries from Russia have high production values, mainly back comedies, and I recommend ‘Cardboard Pier’, and ‘The End’, an extremely funny film about a Russian film director in midlife crisis. Watch these hidden gems in The Studio.

The five Retrospectives/Tributes/Centenaries of Bertrand Tavernier, Christopher Nolan, Malcolm Arnold, Dirk Bogarde and Federico Fellini speak for themselves. The Fellini centenary was last year but having planned this opportunity to celebrate arguably the greatest Italian filmmaker ever, I could not resist resurrecting this section from 2020. To put these four retrospectives into context they will be supported by illustrated talks presented by experts in their own field.

In our last Festival, I focused on a strand celebrating female talent, introducing the ‘F Certificate’ for female director. This year we are presenting a list of over a dozen female directors, whose films are featured in the different strands within the Festival.

Whilst many Festivals during this difficult period have adopted an online or hybrid Festival, both Walter and I agree that coming to a cinema is a communal experience in which audiences immerse themselves in the film together. I admit that streaming offers convenience and choice and, in the future, we may have to accept that both co-exist - but I ain't gonna encourage it!

Our Festival is over a year in the making. I am writing this in Cannes where I am hunting films for next year. This year’s Festival has been especially tricky to curate, and I would especially like to thank Walter Francisco (Cinema Director & Programmer), who has had to put up with my changing plans and trying to decipher my scribblings. This 29th edition could not be staged without the enthusiastic support of our Partners (BFI and Greenwood Wealth Solutions), Carol Godsmark (Hospitality & Guest Relations), the Projectionists, Box Office Staff, New Park Centre, our partner venues and their teams, and the invaluable Volunteers that make everything possible.

PS. See you all at the Open Air Screenings in Priory Park.

Live gigs and films on Jazz

See All That Jazz! Strand 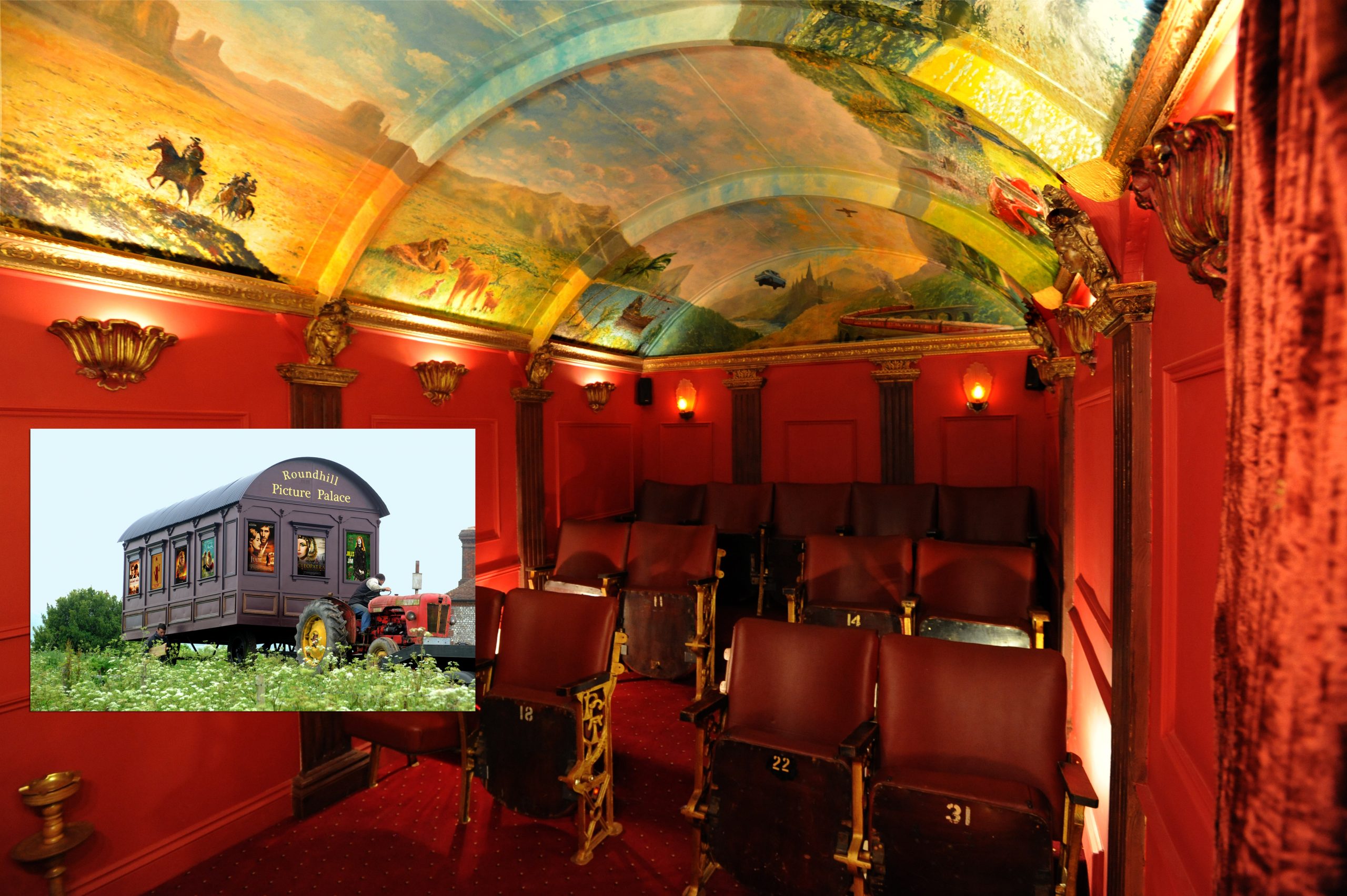 Here you can find a chronological list of every screening in the 2021 Chichester International Film Festival, along with a list of all the venues.